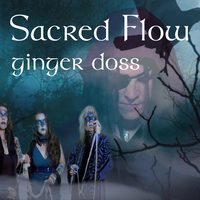 From the recording Sacred Flow

Now Available! This song tells an ancient story that speaks to my soul on an ancestral as well a deep spiritual level. "Rune" was on the first list I made of Sacred Practices to write songs about for this concept album because it is an oracle I have used for years and feel a kinship to. My German nordic ancestry certainly helped as well.

After completing the song I sent it to S.J. Tucker and asked her to sing the part of one of the Norns (See story of the song below). Not only did she sing that part but she wrote the chant section over the end which was originally just an instrumental. WOW!! After that she was a permanent part of the song and - how am I so blessed?

The story behind the song
(From https://norse-mythology.org)

The Norse god Odin, the All Father who had a hand in the creation of the nine realms, is a relentless seeker after knowledge and wisdom, and is willing to sacrifice almost anything for this pursuit. The most outstanding feature of his appearance, his one eye, attests to this; he sacrificed his other eye for more wisdom.

The runes are the written letters that were used by the Norse and other Germanic peoples before the adoption of the Latin alphabet in the later Middle Ages. Unlike the Latin alphabet, which is an essentially utilitarian script, the runes are symbols of some of the most powerful forces in the cosmos. In fact, the word “rune” and its cognates across past and present Germanic languages mean both “letter” and “secret/mystery.” The letters called “runes” allow one to access, interact with, and influence the world-shaping forces they symbolize. Thus, when Odin sought the runes, he wasn’t merely attempting to acquire a set of arbitrary representations of human vocal sounds. Rather, he was uncovering an extraordinarily potent system of magic.

Odin’s Discovery of the Runes

At the center of the Norse cosmos stands the great tree Yggdrasil. Yggdrasil grows out of the Well of Urd, a pool whose fathomless depths hold many of the most powerful forces and beings in the cosmos. Among these beings are the Norns, three sagacious maidens who create the fates of all beings.

Odin watched the Norns from his seat in Asgard and envied their powers and their wisdom. So he bent his will toward the task of coming to know the runes.

Since the runes’ native home is in the Well of Urd with the Norns, and since the runes do not reveal themselves to any but those who prove themselves worthy of such fearful insights and abilities, Odin hung himself from a branch of Yggdrasil, pierced himself with his spear, and peered downward into the shadowy waters below. He forbade any of the other gods to grant him the slightest aid, not even a sip of water. And he stared downward, and called to the runes.

He survived in this state, teetering on the precipice that separates the living from the dead, for no less than nine days and nights. At the end of the ninth night, he at last perceived shapes in the depths: the runes! They had accepted his sacrifice and shown themselves to him, revealing to him not only their forms, but also the secrets that lie within them. Having fixed this knowledge in his formidable memory, Odin ended his ordeal with a scream of exultation.

Odin:
I call to you
I am Odin and I am worthy
I wait, side pierced
And I have hung myself
from Yggdrasil

All Norns:
Hold on
He must wait nine days